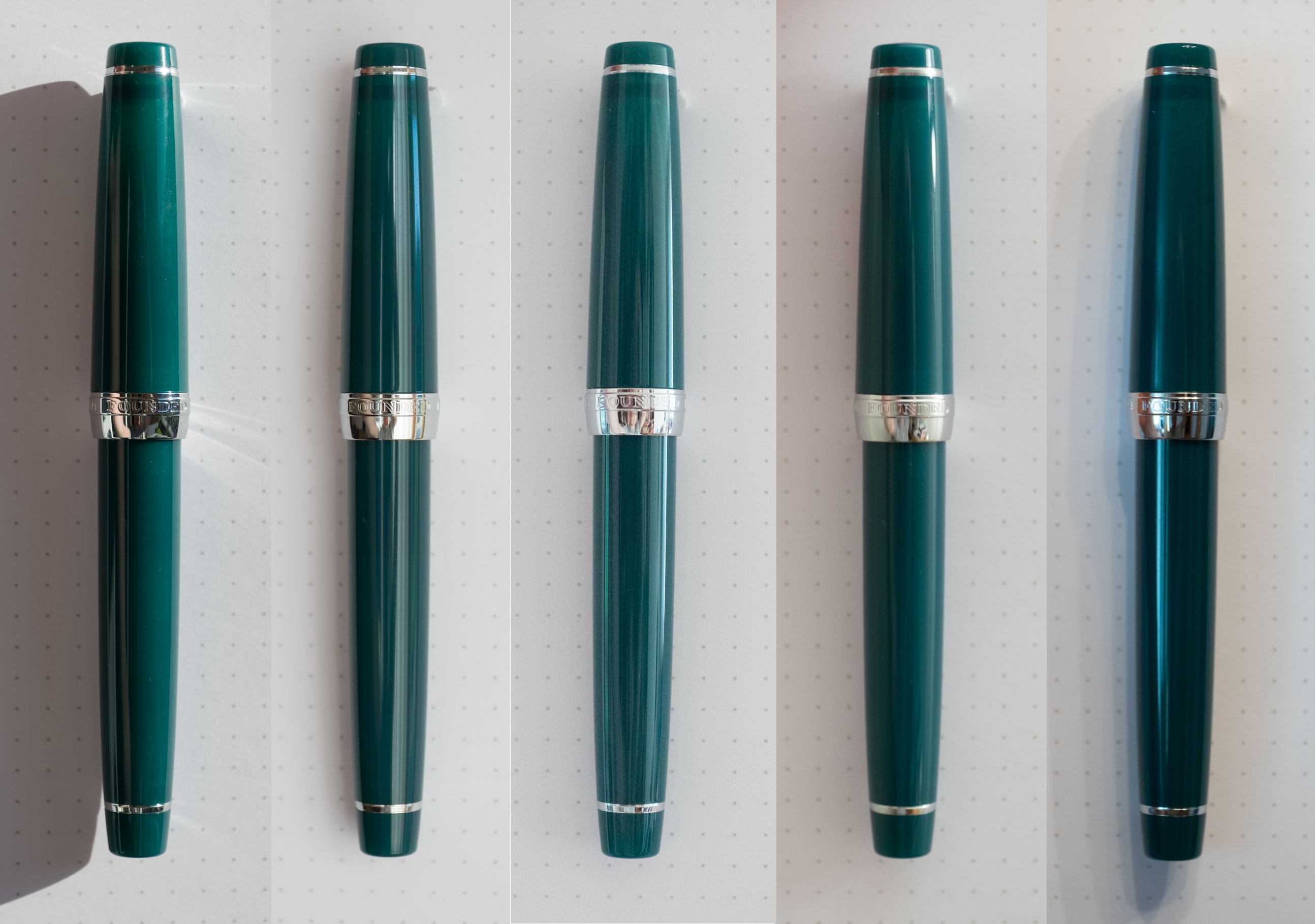 I have seen a range of different pictures of the new Sailor Pro Gear Ocean special edition, and the colour of the pen vary from picture to picture. I had a theory that this was due to the semi-transparency of the material, giving it the oppurtunity to absorb some of the light that hits it.

To test this theory, I photographed the pen under five different lighting settings, as described in the caption. These pictures demonstrates that the colour can change, as can the depth of the colour. None of these pictures show off a very strong blue tone as some pictures I have seen on Instagram.

My personal opinion on the pen: I really like the colours ability to change depending on the lighting. It gives the pen a character. I would wish the colour leaned somewhat more towards blue, but what can you do. A good ink to match this pen is Diamine Teal, which I have inked it up with at the moment.

Technical details: All pictures were taken with the same settings using my Fujifilm X-T10 and Zeiss Touit 50mm f/2.8 macro at f/4 and 1/125 shutterspeed, varying the ISO to correct for the difference in lighting. The white balance was corrected against a blank sheet of Rhodia 80g paper. In post, the white balance was adjusted and the exposure corrected to have roughly the same basic white backgorund.

Also thanks to thewritingdesk.co.uk for having the pen at a really great price!